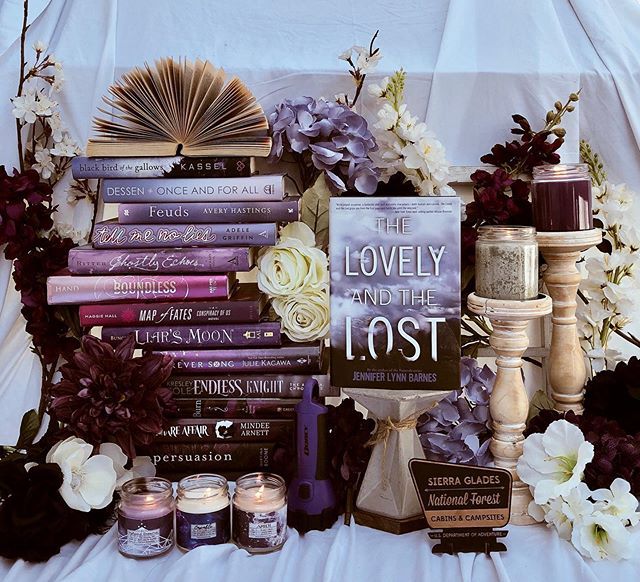 Kira Bennett’s earliest memories are of living alone and wild in the woods. She has no idea how long she was on her own or what she had to do to survive, but she remembers the moment that Cady Bennett and one of her search-and-rescue dogs found her perfectly. Adopted into the Bennett family, Kira still struggles with human interaction years later, but she excels at the family business: search-and-rescue. Along with Cady’s son, Jude, and their neighbor, Free, Kira works alongside Cady to train the world’s most elite search-and-rescue dogs. Someday, all three teenagers hope to put their skills to use, finding the lost and bringing them home.

But when Cady’s estranged father, the enigmatic Bales Bennett, tracks his daughter down and asks for her help in locating a missing child—one of several visitors who has disappeared in the Sierra Glades National Park in the past twelve months—the teens find themselves on the frontlines sooner than they could have ever expected. As the search through 750,000 acres of unbridled wilderness intensifies, Kira becomes obsessed with finding the missing child. She knows all too well what it’s like to be lost in the wilderness, fighting for survival, alone.

But this case isn’t simple. There is more afoot than a single, missing girl, and Kira’s memories threaten to overwhelm her at every turn. As the danger mounts and long-held family secrets come to light, Kira is forced to question everything she thought she knew about her adopted family, her true nature, and her past.

It’s been years since I’ve read a book from Jennifer Lynn Barnes but after reading The Lovely and the Lost, I can guarantee I won’t be waiting years to read another.

The Lovely and the Lost is an extremely easy book to get sucked into.  It may have started off stronger than it finished but at no point did I find myself losing interest in this story.  While obviously the search for the missing child was the main story line, there were so many other things going on that it was pretty much impossible to get bored.

The characters, like the characters in the other Jennifer Lynn Barnes book I read, are really what made me love this book though.  And I’m not just talking about the human characters.  Kira, Jude, and Free stole my heart from the very start.  I couldn’t help but love Kira’s fierceness as well as her sense of vulnerability.  Free was the perfect balance for her, always there to help her calm down or see the error of her ways.  Then there was Jude.  Jude really stole the show.  His sense of humor had me laughing out loud many times.

As if those three weren’t enough though, the dogs really added another layer to this story.  I’ve never read a book where I really felt like the animals were characters but they definitely were in The Lovely and the Lost.  Each dog had their own characteristics and personalities and I couldn’t get enough of them.

The only minor complaint I have with The Lovely and the Lost is the ending; everything seemed a little weird and kind of out of nowhere.  I also felt like things were wrapped up a little hastily and a lot of things were left open-ended.  Jennifer Lynn Barnes said on her website that this one was sold in a one book deal but she has more ideas for these characters that she would like to explore in a sequel and I can see that with the way things were left.  I don’t think the ending is dissatisfying as a standalone but I would love to see where she would take things with some of the unanswered questions.

Overall, I can’t recommend The Lovely and the Lost enough.  If you’re a fan of suspense, awesome family relationships, and adorable dogs, this one is for you.  Get your hands on this one as soon as possible!