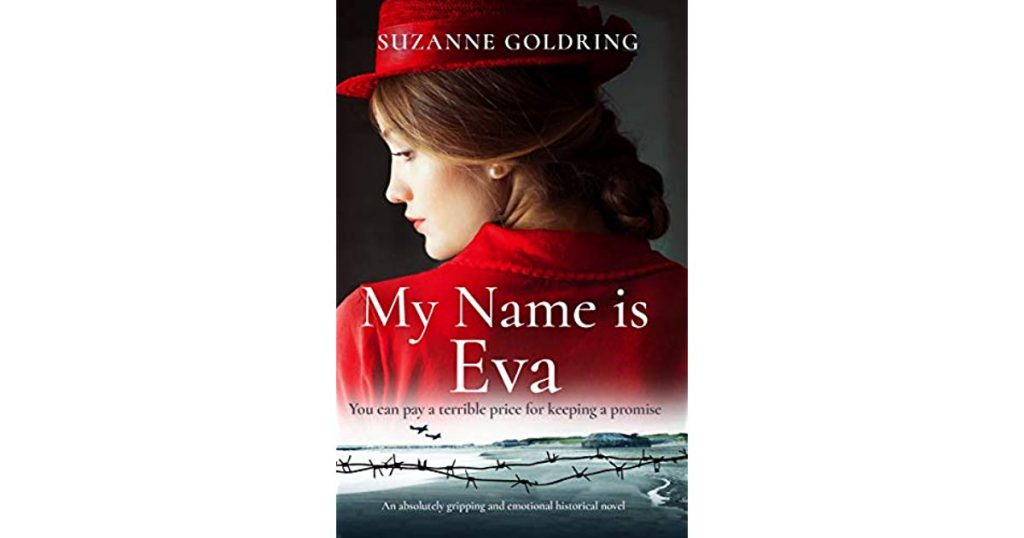 A seemingly unremarkable old woman named Evelyn Taylor Clarke has now reached the stage in life where she needs to live in a care home. She doesn’t appear to be anything out of the ordinary having spent most of her life living at the family home – Kingsley Manor in Surrey. But scratch beneath the surface and Evelyn/ Evie or Eva, as she is called depending on the circumstances you are reading about, has an awful lot to hide. She has kept so many secrets for years and now she knows her time is drawing near and that some of those secrets will come spilling out whether she likes it or not. But she is still in control of her destiny and would like a say as to the terms of these reveals.

So begins the impressive début novel from Suzanne Goldring – My Name is Eva.The reader is instantly lulled into a false sense of security thinking Evelyn is a harmless old woman who is going a bit funny and experiencing memory loss. Well her niece Pat who is currently sorting out Evelyn’s estate certainly thinks so and pays scant attention to some of the things Evelyn says. But look a little closer and you will soon find that Evelyn very much has all of her senses even if physically her body may be letting her down. Now she understands the final piece of her game or puzzle is about to slot into place and she is very much looking forward to being the main operator and having control as to how the final curtain may fall.

Immediately within the first chapter Suzanne Goldring has the reader in the palm of her hands and this grip is not relinquished until you reach the very last sentence. This was not your typical war time historical fiction novel instead I felt as if the author had breathed fresh air into a genre I don’t hesitate to call my favourite. Yes there is a dual timeline of sorts but it all focuses on one woman and the different names she has gone under in her life for different reasons. We observe the many personas of Evelyn and although she is one person I felt we truly got to know the many layers and depths to her. As we progress through the book we come to understand what has driven and motivated her since World War Two and that she is not all sweetness and light and if people truly understand the depths to which she plunged and the tactics she used they would certainly in for the surprise of their lives.

Evelyn in her old age pretends she is elusive and doesn’t understand what is being asked of her or where she truly is but she is one clever cookie and there are so many questions raised within the first few chapters that the reader is desperate for answers. They will come with time but allowing the story to unfold and to follow the many strands of Eva’s life are more than worth the pay off as you race towards the deeply satisfying and surprising conclusion. What is Eva hiding? Why is she letting on that she can’t remember important things when questioned and why is there a photo hidden in her bedside locker that she takes out every night?

I loved how letters were interspersed between each chapter as they really helped the pace of the story and aided the reader in learning more about Evie and her situation. The letters written by Evie are to her husband Hugh who alongside the group he was with were betrayed by someone important in the war which led to their subsequent death. Evie is fuelled by anger once she learns the true cause of Hugh’s death she wants revenge through any means possible. Through the letters we get a deep insight into her mind and heart and they are written in such a conversational style to Hugh. I would have loved to have had a little bit more about how Evelyn met Hugh and what their life was like before it was torn apart by war but on reflection this book is more about the aftermath of a major event in Evie’s early life which directs the course of the remainder of her years. 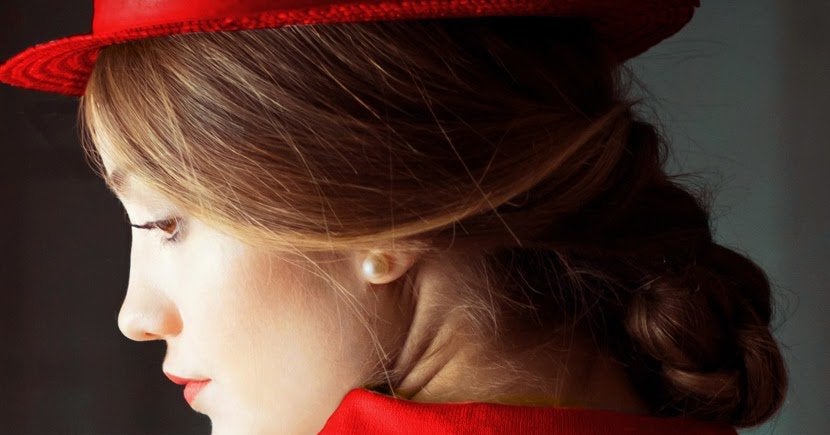 The hatred Evie has for the man who took her beloved Hugh away from her only intensifies with time not lessens and the way she sets about seeking vengeance is truly remarkable. Never would one have thought Evie could be so sly, cunning and manipulative. The plans she weaves and the circumstances she brings about are riveting and horrifying in equal measure and her cool, calm and collected nature really belies how conniving and calculating she truly is.

I don’t think Evie is a character whom you are meant to fall in love with and root for all the way. I liked her as an older woman and I thought those scenes in the care home and the conversations she engages in with people who are questioning her upon the discovery of something best kept hidden were fantastically written. But in her earlier years working in Germany towards the end of the war and for several years following its conclusion well there was a totally different side to her where she became known as Eva and at times there I didn’t like her and even more so when it became clear what she did.

Yet everything happens for a reason and she is spurred on to fight for the many injustices she has seen taken place but also there is something hidden even deeper that motivates her. This particular scene upon its revelation was difficult to read but I felt it was very much necessary to include it in the book as it helped me understand Eva even better. If Eva is ever to find peace in this life her mission needs to be fulfilled at whatever cost. One questions throughout and this is what would make this book a great selection for a book club is that can her actions when all the strands merge together ever be condoned? As a reader you go back and forth and your opinion is swayed more than once and in the end I remained firmly stuck in the middle torn between moral beliefs and obligations whilst thinking of a woman who was just so brutally affected and changed by one event.

Eva will go to any length to achieve her objective and all the plotting and planning is expertly revealed at just the right time. The line on the front cover says – you pay a terrible price for keeping a promise and this could not be more true the further you delve deeper into Eva’s story. Eva’s actions will prove divisive to many readers. Some are wrong, some are right but her agile and watchful mind has been playing a game for so many years that as she draws nearer to its conclusion she is maintaining a balancing act. She has carefully curated every strand of her life since the war and kept so many things close to her chest. Is she willing to reveal all and relinquish the control she always had over her carefully constructed life?

My Name is Eva is a haunting and brilliant read and a stand out book in the historical fiction genre. Some may find the going back and forth across the various timelines slightly confusing but I found it worked wonderfully and was written in such an ingenious way that you are constantly left wanting to read more of a particular time period as the time-line does not run concurrently. This is a cleverly constructed, well paced and plotted novel that strikes up many tones and perceptions of Eva depending on the point of her life that you are reading about. As for those crossword clues, well that angle was just brilliant and I’ll say no more. The ending was simply sublime and it could not have ended in any other way. Suzane Goldring is definitely a real talent and I will certainly be looking out for more books from her in the future. My Name is Eva was an exceptional read with a main character you will not forget in a hurry.